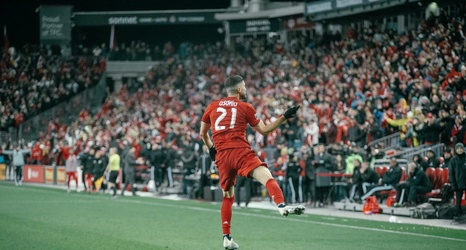 TORONTO, Ont.—It’s difficult to put into words and tangibly capture the amount of chaos that ensued during Saturday evening’s 5-1 victory over Wayne Rooney’s D.C. United. Aside from Toronto FC’s extra-time first-half explosion, there were several tidbits within the game that made this one so memorable.

The Heart of Defence

Let’s start this one off by giving a serious shoutout to Toronto FC CB Laurent Ciman after the defender learned he’d be starting Saturday’s playoff game about an hour prior to the match when Omar Gonzalez (hamstring) failed a fitness test.