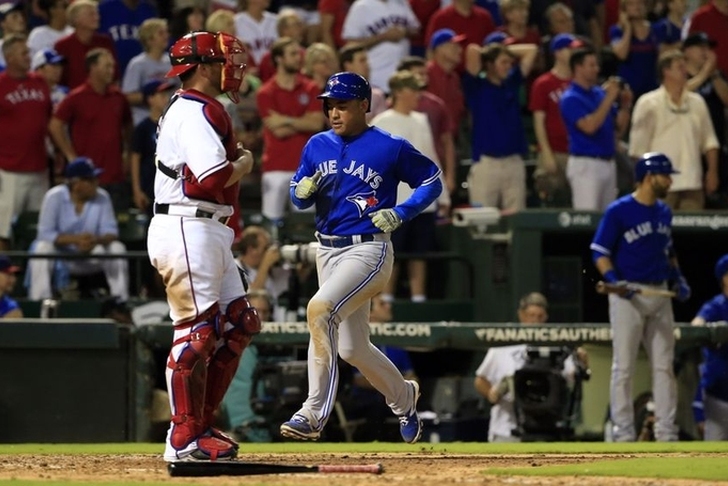 The Toronto Blue Jays are in the playoffs for the first time in over 20 years, while the Texas Rangers surprisingly won the AL West thanks to an incredibly hot second-half of the season.

The Blue Jays have been one of the best offensive teams in baseball all season, leading the majors in runs, on-base percentage, and slugging percentage while ranking second in batting average. However, what has really turned them around is the improvement of their pitching staff, particularly that of David Price.

Will you really be surprised if David Price goes "full Madison Bumgarner" on these upcoming playoffs, minus the whole pinch-hitting thing? Price is 9-1 with a 2.34 ERA in 11 starts so far with Toronto. Even more impressive is the fact that he's posting a ridiculous 87/18 K/BB ratio in 74.1 innings pitched. The 30-year-old lefty has been as good as advertised, and he makes the entire Toronto rotation that much better by proxy - especially R.A. Dickey, who has posted an 8-1 record since July 23. If Price can continue to produce solid outings each times he takes the mound, the Blue Jays will be extremely tough to beat.

Texas has actually had a very similar season to Toronto, making their mark in the batters box but have used the help of a pitcher acquired at the deadline (Cole Hamels) to make the postseason. The Rangers rank third in the majors in runs, sixth in on-base percentage, ninth in slugging percentage, and 10th in batting average, showcasing their ability to simply overpower their way to a victory with Prince Fielder, Josh Hamilton, Mitch Moreland, and Adrian Beltre in the lineup.

As for Hamels, he's 7-1 since being traded to Texas, and the team has won his last 10 apparances. They're counting on him to to carry their pitching staff, and it looks like he's up to the challenge.

This is threefold. First off, get ready for a lot of home runs and hitting in this series. Both teams have the challenge to keep up with the other explosive offense, and the pressure is on to produce.

Secondly, will Price or Hamels have the upper hand in the series? Both rotations are very top heavy with these starts, and both sides are counting on victories from the aces.

And that brings us to No. 3, which will be how the rest of the rotation performs for each team. There are plenty of question marks being Price and Hamels, so whoever gets that unexpected boost from their second or third starter will proabably win the series.

How far will the Rangers go? (ESPN)