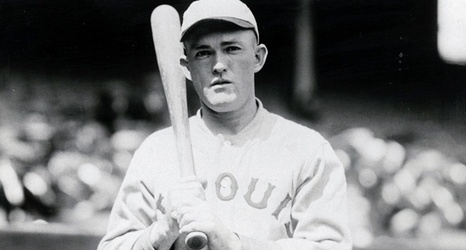 The Cardinals have a long history, full of glory and accomplishment. No National League team has won more championships, and only the Yankees have more titles than the eleven brought back to St.Louis.

Naturally, it didn't start that way.

The St. Louis franchise joined the National League in 1892, after operating for ten years in the American Association. They were known as the Browns, which may explain why they sucked so badly. By the time 1921 rolled around, they'd posted 24 losing seasons out of 29. All that was about to change. In 1917, Sam Breadon had purchased a minority share in the franchise - by 1920, he had bought out his partners and taken control of the team.