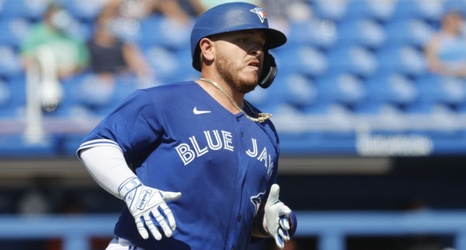 Alejandro Kirk is performing well for the Blue Jays again this spring, but he has a few variables working against him to break camp with the team. The sample size is small, but the 22-year-old has been impressing during the Grapefruit League season, going five for his first ten at the plate, including a home run. He’s also drawn the praise of veteran starter Tanner Roark for his work on defence, which certainly won’t hurt his cause.