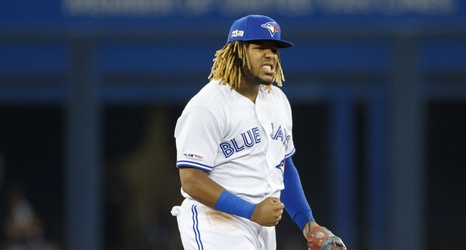 There are some folks who view Vladimir Guerrero Jr‘s rookie season as a bit of a disappointment, but that’s all just a matter of perspective. In the grand scheme of things, it’s amazing that a 20 year old can keep up in the big leagues, let alone produce 2.1 bWAR over the course of 123 games.

Maybe he didn’t dominate the league like some people expected he might, but he was still one of the best rookies at the highest level this year. If you need proof of that statement, Baseball America released their “All-Rookie” team, and the Blue Jays’ talented slugger was listed as the third baseman for the American League.