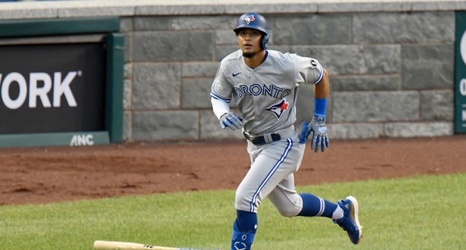 WASHINGTON, DC - JULY 28: Santiago Espinal #5 of the Toronto Blue Jays runs the bases against the Washington Nationals at Nationals Park on July 28, 2020 in Washington, DC. (Photo by G Fiume/Getty Images)

The Toronto Blue Jays were forced to trim their roster to 28-players optioning both Santiago Espinal and Jacob Waguespack to their taxi squad.

As per the new MLB rules, active rosters were reduced from 30 to 28 players forcing the Blue Jays to make a pair of moves. The team opted to play it safe optioning two players with options rather than chance running someone through waivers.