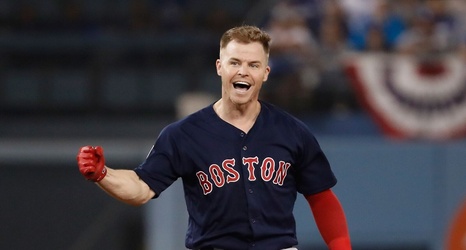 The Blue Jays are attempting to add the finishing touches to their roster ahead of spring training and Brock Holt could add some value in a utility role in 2020. By all accounts, it would appear the outfield complexion is not going to change from its current state in the coming weeks and Holt could add some depth there as well.

Holt is apparently also being pursued by the Cincinnati Reds according to Reds beat writer Bobby Nightengale. The 31-year old earned $3.575 million last season with the Red Sox, however, it does not appear that his services will be required any longer in Boston following their signing of Jose Peraza earlier in the offseason.