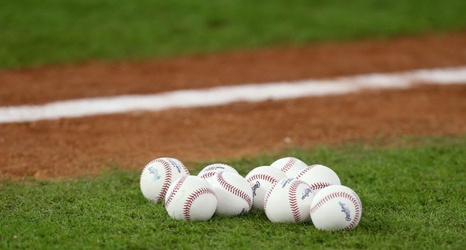 HOUSTON, TEXAS - OCTOBER 13: A detail of baseballs prior to game two of the American League Championship Series between the Houston Astros and the New York Yankees at Minute Maid Park on October 13, 2019 in Houston, Texas. (Photo by Bob Levey/Getty Images)

On Tuesday afternoon, the Canberra Cavalry of the Australian Baseball League announced that the Blue Jays were sending two prospects to play for their team for the 2020-21 Season.

The Blue Jays will send 22-year old infielder Samad Taylor and 23-year old outfielder Chavez Young to the “Land Down Under”.