Blue Jays: Is it time to consider trading for help in the starting rotation? 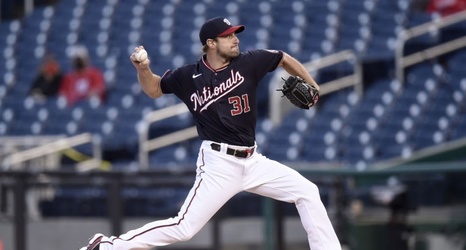 WASHINGTON, DC - APRIL 16: Max Scherzer #31 of the Washington Nationals pitches in the first inning against the Arizona Diamondbacks at Nationals Park on April 16, 2021 in Washington, DC. (Photo by Greg Fiume/Getty Images)

Entering the 2021 season, one of the biggest areas of concern on the Toronto Blue Jays roster was the starting rotation. There was no doubt that Hyun-Jin Ryu was going to lead the rotation but following the ace, rest of the rotation was a bit of a mess.

Robbie Ray was back on a one-year deal and Steven Matz was joining the team after being acquired during the off-season.