Blue Jays: Has Mark Shapiro’s contract been extended or not? 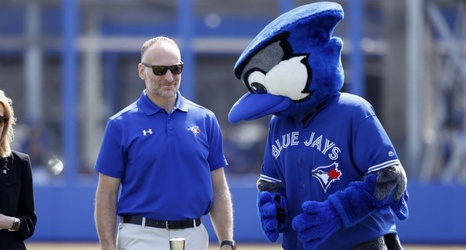 DUNEDIN, FL - FEBRUARY 24: Toronto Blue Jays president and CEO Mark Shapiro visits with team mascot Ace prior to a ribbon cutting for the grand re-opening of the redesigned ball park prior to a Grapefruit League spring training game against the Atlanta Braves at TD Ballpark on February 24, 2020 in Dunedin, Florida. (Photo by Joe Robbins/Getty Images)

Mark Shapiro was recently asked about his contract status with the Blue Jays, and he didn’t give a straight forward answer to the question.

Since the Blue Jays’ short-lived playoff appearance came to an end, and even before that, I’ve been wondering when we’d hear more about the contract status of President and CEO Mark Shapiro, as well as potentially others like Ross Atkins and even Charlie Montoyo.