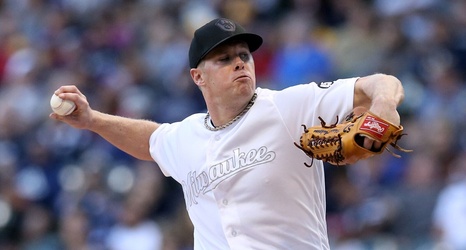 The Blue Jays made some significant upgrades to their roster this off-season, and when you combine that with the emerging young talent that was already in Toronto, the future has a chance to be very bright for this franchise.

The narrative has certainly become more positive among the fan base, and it’s been encouraging to hear the same from several of the Blue Jay players as well. One of their newest additions made an appearance on MLB Network Radio on Sirius XM on Friday, and expressed all kinds of optimism. That would be Chase Anderson, who arrived from the Milwaukee Brewers via a trade that took place back on Nov 4th of last year, essentially kicking off Ross Atkins’ work in re-tooling the rotation.