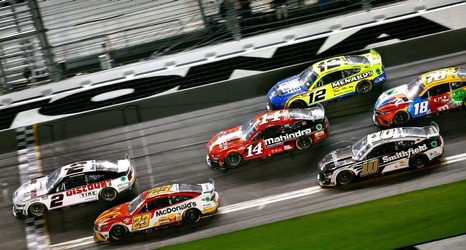 DAYTONA BEACH, Fla. -- NASCAR Cup rookie Austin Cindric held on in an overtime shootout to win the Daytona 500 for Team Penske on Sunday.

At 23 years and 212 days old, Cindric is the second-youngest driver to win the event, according to ESPN Stats & Information research, following Trevor Bayne, who was 20 years and 1 day when he won the race in 2011.

Denny Hamlin crashed out of the Daytona 500 on Sunday, ending his bid for a fourth victory in NASCAR's premier event.