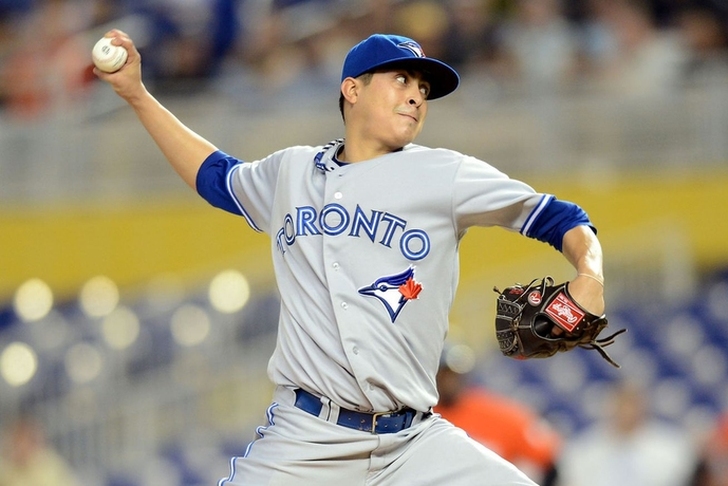 Jesse Chavez's second stint with the Toronto Blue Jays is over. This time, he's been traded to the Los Angeles Dodgers.

Mike Bolsinger is heading to the Blue Jays for Chavez. Bolsinger has started six games for the Dodgers this year. The Blue Jays added Scott Feldman in a separate trade, and he could replace Chavez in the bullpen.

Chavez, a 32-year-old righty, is 1-2 with a 4.57 ERA this year. He moved back to the bullpen after mostly starting for two years in Oakland.