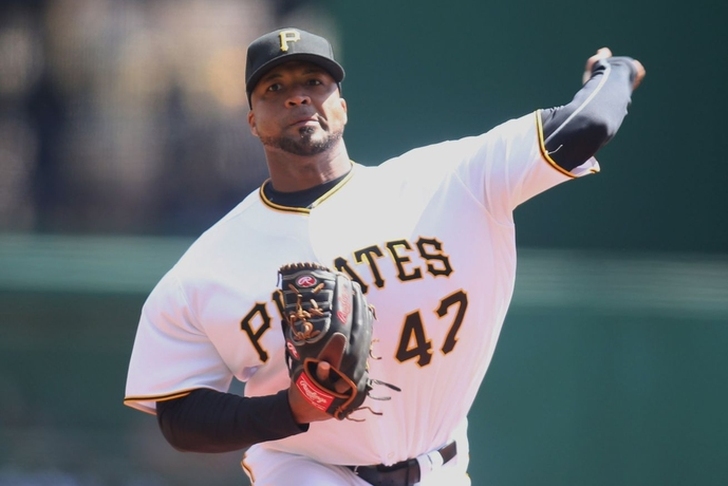 The 2016 MLB Trade Deadline is over, but there's another reported trade. The Pittsburgh Pirates have reportedly Francisco Liriano to the Toronto Blue Jays.

Drew Hutchison is going to the Pirates and Double-A OF Harold Ramirez and C Reese McGuire are going to Toronto. Ramirez was a Top-100 prospect entering this year and was No. 9 within the Pirates organization. At just 21 years old, he's hitting .306 this year at Double-A. The 21-year-old McGuire was the No. 8 prospect and viewed as the Pirates' catcher of the future. The trade screams of a salary dump for the Pirates.

Liriano has not been great this season, posting a 6-11 record with a 5.46 ERA and a 1.62 WHIP. His WHIP is a career-worst and the ERA is close to it as well. He's making $13.667 million this year and next. His addition likely moves Aaron Sanchez to the bullpen for the Blue Jays.