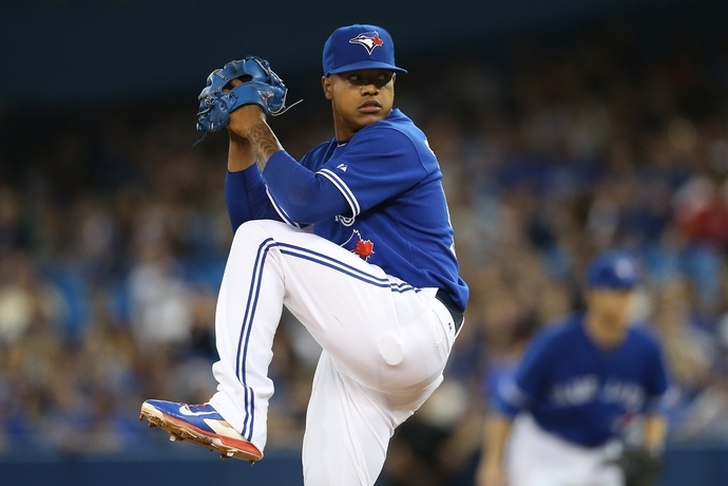 Stroman has been expected to be the top guy in Toronto's rotation since David Price left for the Boston Red Sox in free agency.

The 24-year-old is entering just his third season in the majors, and spent most of last season on the disabled list after suffering a severe knee injury last spring. However, he was able to return late in the year, posting a 4-0 record with a 1.67 ERA in the regular season before reeling off a memorable postseason run (1-0 in three starts, 10 strikeouts).

For his career, Stroman has a 15-6 record with a 3.31 ERA. Marco Estrada, R.A. Dickey, J.A. Happ and  either Aaron Sanchez or Gavin Floyd will fill out Toronto's rotation behind him.