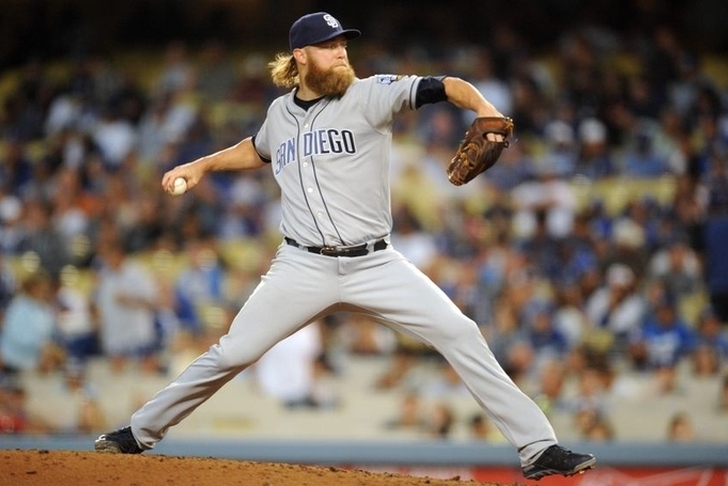 The MLB trade deadline on August 1st is rapidly approaching, and the trade rumors around the Toronto Blue Jays starting to heat up. The Blue Jays are 57-45, and just two games back of the AL East lead. Since they are in the midst of a playoff race, the Blue Jays are likely buyers at the deadline. With that in mind, here all the latest Blue Jays trade rumors below.

Blue Jays Not Done Dealing Yet?
The Blue Jays have already landed OF Melvin Upton in a trade, but general manager Ross Atkins says the team isn't done making moves yet.

"We’re not done in any way," Atkins said. "If there’s a way to make our team better, then we’re going to do it."

Starting pitching is the likely target (see below), although it's not a deep market. The addition of Upton takes the Blue Jays out of the running for OF Jay Bruce, whom they nearly traded for during the offseason.

Toronto Looking At Cashner?
With the Blue Jays are looking at starting pitching help, one potential target is Padres' starter Andrew Cashner.

#BlueJays have had lots of trade talks with #Padres. "They have interesting pitching as well"

Cashner just put up a quality start against the Blue Jays last night, giving the club a great look at him. It's a terrible market for starting pitching, and Cashner is one of the better options on the market. He has said he fully expects to be traded.

Toronto Deals Storen For Benoit
The Blue Jays and Seattle Mariners agreed to swap struggling veteran relievers late Tuesday night. The Blue Jays are sending the recently DFA'd Drew Storen to the Mariners for Joaquin Benoit. Both were expected to be set-up men this year, but struggled in that roles. Both teams are hoping a change of scenery helps. The Blue Jays are also sending cash to cover the difference between Storen and Benoit's salary.