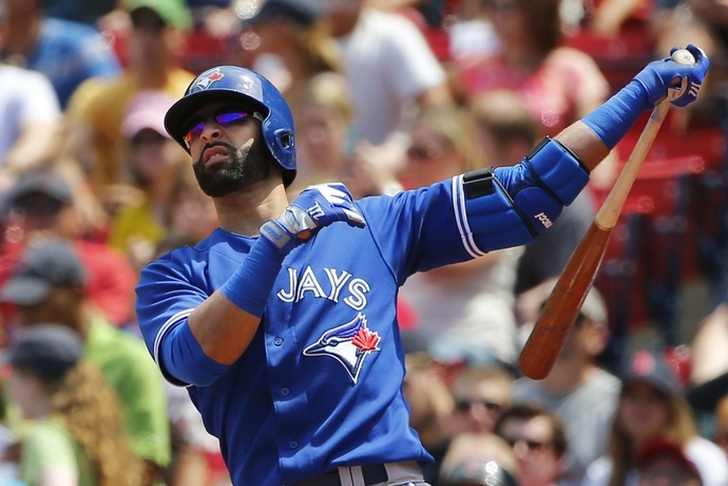 The MLB trade deadline on August 1st is rapidly approaching, and the trade rumors around the Toronto Blue Jays starting to heat up. The Blue Jays are 54-42, and just one game back of the AL East lead. Since they are in the midst of a playoff race, the Blue Jays are likely buyers at the deadline. With that in mind, here all the latest Blue Jays trade rumors below.

Jose Bautista Returning Soon?
The Blue Jays could have their start OF back in the near future. In fact, he could be back early next week.

That's a promising sign for the Blue Jays, who could play Bautista at DH as he recovers from turf toe. He began his rehab assignment yesterday, and homered.

Blue Jays Looking At Rich Hill?
One starter the Blue Jays are looking at is the Athletics' Rich Hill. Jeff Passan of Yahoo! Sports reports the Blue Jays are "expected to be in the bidding." Several teams have shown interest in the 36-year-old lefty. He'll have a strong market, once he proves he's healthy enough to remain on the mound, although he's expected to miss his next start.

What To Do With Franklin Morales?
The Blue Jays need to make a decision on Franklin Morales today, as his rehab stint ended yesterday. However, SportsNet points out there isn't an obvious roster spot and Morales can refuse a minor league assignment because of his years served. Morales has pitched well and his $2 million salary is guaranteed even if he elects free agency.