Here Are 3 Toronto Blue Jays Rumors To Watch This Offseason 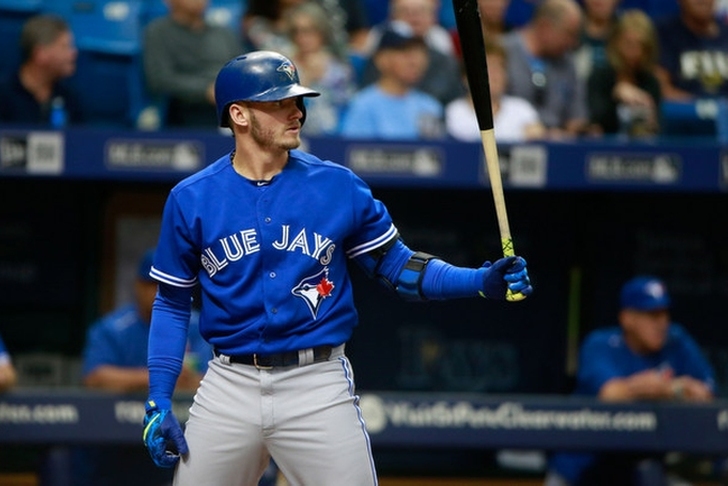 The Toronto Blue Jays missed the playoffs for the first time in three seasons last season, and they're facing a crucial offseason if they want to continue to compete for the playoffs or start a rebuild. They have a number of pressing issues they need to address, making them one of the most intriguing teams to watch this winter. Here are the three biggest rumors worth following:

1) What happens with Josh Donaldson?

Toronto fielded offers for All-Star third baseman Josh Donaldson this season and nearly traded him, and they expect to receive offers for him again this offseason. However, the Blue Jay have no plans to trade him, according to Sportsnet's Ben Nicholson-Smith.

As for Josh Donaldson, Atkins said the Blue Jays are open to an extension beyond 2018, the third baseman’s final season under club control. The GM acknowledged that other teams inquire about many of the Blue Jays’ best players, but said he’s not looking to subtract from the current club.

“The only way we’re going to do that is if we can make our major-league team better,” Atkins said.

More rumours are inevitable, but it’d be a surprise if Donaldson’s traded this winter. Even after a down year, the Blue Jays believe the playoffs are within reach next year. Best-case scenario, they legitimately compete until 2019, at which point the likes of Vladimir Guerrero Jr. and Bo Bichette could usher in a new era of contending Blue Jays teams.

2) What trades do they make?

While Donaldson is one trade the Blue Jays don't want to make, they are looking to make several other moves in order to upgrade their roster, according to general manager Ross Atkins.

3) Will Jose Bautista return to the team?

Toronto was expected to part with slugger Jose Bautista last season but ended up bringing him back on a one-year deal. Now it's a foregone conclusion to most that the two sides will part ways this winter.

Atkins admitted that Bautista's return is “very unlikely,” but wouldn't completely close the door on the matter if Bautista was willing to return on an even cheaper deal than the one-year, $18.5 million he signed last winter. Still, the Blue Jays plan to honor him if he plays for anothe team.

“When he comes back here, he will be celebrated in a very strong way,” Atkins said.