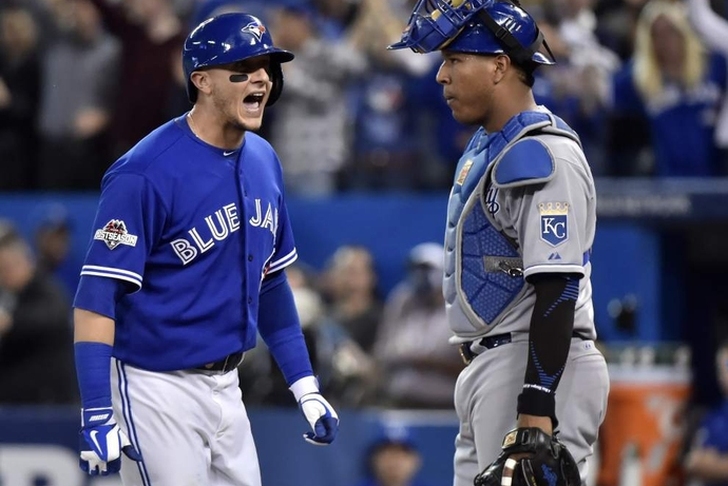 The Kansas City Royals are one game away from a World Series appearance thanks to a 14-2 win over the Toronto Blue Jays in Game 4 of the ALCS. The Blue Jays are now on the brink of elimination and have their last home game of the series in Game 5. So will the Royals clinch a World Series berth, or will Toronto survive to play another game? Here's our preview and prediction.

What They Are Saying About The Blue Jays:

Should David Price Pitch From The Bullpen In Game 5?

4 Ingredients For A Blue Jays Comeback

Old-School Approach Has Royals On Brink Of Pennant

Can Toronto's "Big Four" find success against Volquez? Donaldson, Bautista, Encarnacion and Tulowitzki were a combined 1 for 11 against Volquez in the first game of the series. In their careers, they are a combined 9 for 41. Those four must do better for the Blue Jays' offense to have success. Toronto's bats came alive in Game 3, but disappeared in Game 4. If the Blue Jays can't get their offense going against Volquez, they'll be in serious trouble once the Royals turn to their bullpen.

Playing at home for, potentially, the last time this season, the Blue Jay offense wakes up to stave off elimination. Volquez struggles early, as the Blue Jays tag him for five runs in the first few innings. Estrada gives the Blue Jays a quality start and the series heads back to Kansas City with the Royals still in control with a 3-2 advantage.