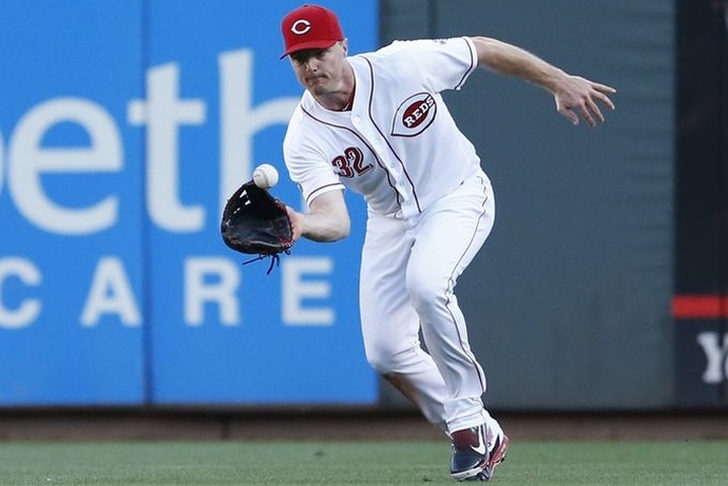 The MLB trade deadline on August 1st is rapidly approaching, and the trade rumors around the Toronto Blue Jays starting to heat up. The Blue Jays are 54-43, and just two games back of the AL East lead. Since they are in the midst of a playoff race, the Blue Jays are likely buyers at the deadline. With that in mind, here all the latest Blue Jays trade rumors below.

Blue Jays interested in Jay Bruce
Toronto's quest to add another bat to their lineup has led them to targeting Cincinnati's Jay Bruce, according to Jon Heyman of FanRag Sports:

In a trade market flush with outfield talent, perhaps no outfielder is drawing as much interest as Cincinnati Reds right fielder Jay Bruce.

Bruce is drawing the eyes of many teams across baseball looking to add an impact bat prior to the August 1 non-waiver trade deadline. The Indians, Rangers, Dodgers, and Blue Jays all have interest, with the Nationals also on the periphery.

Bruce was nearly dealt to Toronto during the offseason, before medicals on one of the players slated to be moved from the Jays to the Reds showed red flags; that trade ultimately fell apart. While Toronto has a top-five offense in baseball in terms of runs scored, a bat like Bruce’s could be enough to vault the Blue Jays back to the top of the American League East, where they currently sit in third place, just one-and-a-half games behind division-leading Boston.

Blue Jays interested in Sabathia?
New York is rumored to be shopping multiple members of their pitching staff, and according to Heyman, the Blue Jays have shown recent interest in CC Sabathia:

The Blue Jays sent scouts to watch at least CC Sabathia and Andrew Cashner Thursday in what may be an indication they will follow through on their plan to move All-Star starter Aaron Sanchez into the bullpen.

The Jays are weighing both starters and relievers but are said to be concerned about the innings of Sanchez, and are expected to limit them. Optimally, they’d probably love to add a starter, but it won’t be easy on this market.

Cashner is one of the most talented starters available, but he’s been shockingly inconsistent at times. Sabathia has generally pitched well this year, though he dropped to 5-8 with a 4.04 ERA and may not even be available. The Yankees have been weighing whether to sell seemingly for weeks. Beyond that, Sabathia has veto power over trades as a 10-and-5 players.

New York is also open to dealing starters Michael Pineda and Nathan Eovaldi, but the Blue Jays appear to value Sabathia over both players.

Unclear whether #BlueJays would want Upton if they can’t get Cashner, too. #Padres trying to pit TOR against BAL on Upton for better return.

San Diego has had talks about trading Upton to the Orioles, and he appears to be headed to one of the AL East teams. Upton is batting .258 with 16 homers and 45 RBIs this season.