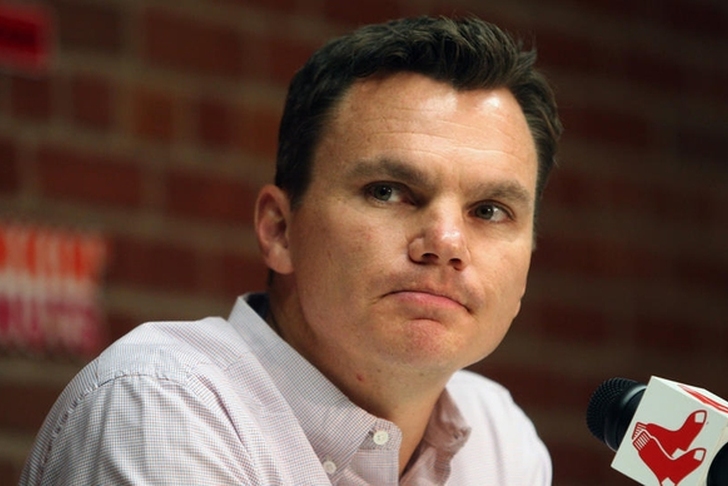 The Toronto Blue Jays took a giant leap forward in 2015, using brute force and some deft work on the trade market to advance to the ALCS for the first time since the early 90s. However, the time is now to look forward and get prepped for what's going to be an interesting Hot Stove League foray for the team. Here's our Blue Jays Rumors Roundup for the weekend ending 11/8.

Toronto named Tony LaCava interim GM after the departure of Alex Anthopolous, but that'll likely be a stopgap situation until new president Mark Shapiro finds his man on the interview circuit.

"Shapiro has always enjoyed a good relationship with Cherington, so you wonder if that would work," Nick Cafardo of the Boston Globe said recently. "But it would require Cherington, who turned down offers to interview in Philadelphia and Seattle, to reassess whether he’d want to work under someone in a GM role."

Cherington resigned from his post with the Red Sox this August, replaced by former Detroit Tigers GM Dave Dombrowski.

Cubs The Favorite For David Price?

The Chicago Cubs are viewed by many to be a major player for Blue Jays lefty ace David Price. In fact, the way things look right now, they're the prohibitive favorite until proven otherwise.

"Two agents for free-agent starting pitchers predict that Price will sign with the Cubs," FOX Sports' Ken Rosenthal wrote in an article published on Friday. An executive who knows Price says that the Cubs are his first choice."

Rosenthal added that the Los Angeles Dodgers, San Francisco Giants, St. Louis Cardinals and Boston Red Sox are other potential destinations if things don't come together between Price and the Cubs. Toronto is still in the mix, but some experts around baseball have already written Toronto off.

According to Ken Rosenthal of FOX Sports, the Blue Jays are one of four "possible fits" for Davis at the present moment.

"His 159 home runs led the majors the past four seasons, and his .533 slugging percentage ranks ninth. Sure, Davis also had the highest strikeout rate in the majors last season, but teams will accept the tradeoff for his rare power — and he can play the outfield and even third as well as first base. The Red Sox, Astros, Blue Jays and Cardinals are among the possible fits."