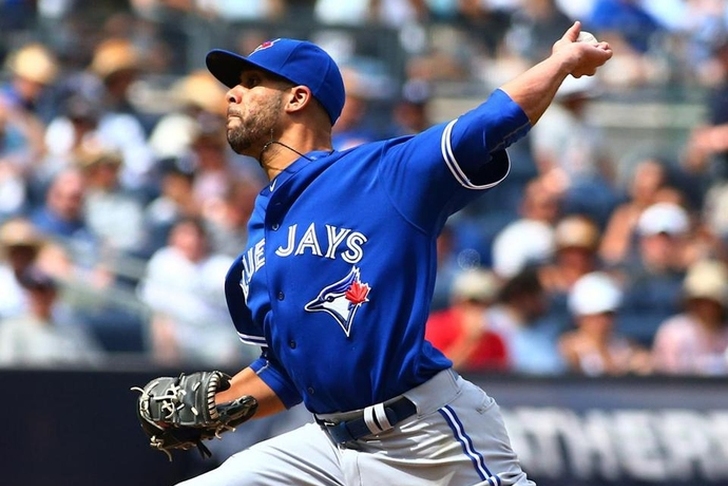 The Boston Red Sox got their man by signing David Price to a seven-year, $217 million deal earlier this week, but Toronto Blue Jays president Mark Shapiro doesn't seem too broken up over it.

In fact, it appears the Blue Jays laid back on Price and allowed the rest of the market to drive the lefty ace's price up.

Per Gregor Chisholm of MLB.com:

Shapiro was asked how aggressively the #BlueJays pursued David Price. He admitted "not that aggressively." #BlueJays

Shapiro and #BlueJays front office did not feel like it would be smart to allocate those type of resources to one player. #Price

So, with David Price off the radar and former A's starter Jesse Chavez set to battle Drew Hutchison for the fifth starter spot, where do the Blue Jays go from here in regards to the pitching staff? According to Chisholm, it doesn't appear that a "big move" is imminent:

All sorts of talk today about adding "depth" to rotation and 'pen. Especially in rotation, doesn't sound like #BlueJays will make big move.

Don't write off the Blue Jays completely when it comes to "big moves," however. They still remain in the mix for some impact bats, including 2015 MLB home run champion Chris Davis. CBS Sports' Jon Heyman names the Blue Jays as one of the three favorites to lock down Davis in free agency. Stay tuned.