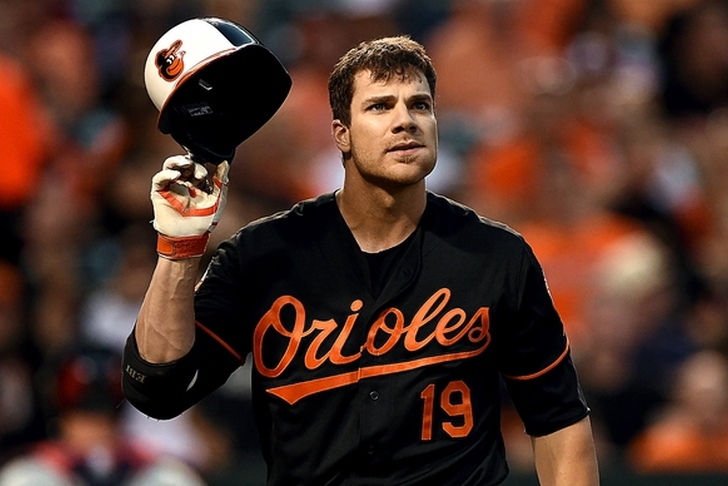 The MLB Winter Meetings are wrapping up, and there's still plenty of rumors and rumblings surrounding the 2015 AL East champion Toronto Blue Jays. Here's the juiciest tidbits from a busy Wednesday.

The Toronto Blue Jays have been linked to free-agent slugger and 2015 MLB home run champion Chris Davis off and on for weeks now, and appears the team is still hanging around -- regardless of the seven-year, $150 million deal floated to Davis by the home-standing Baltimore Orioles.

According to George A. King III of the New York Post, Davis has been linked to the Blue Jays in "chatter" during the MLB Winter Meetings in Nashville. However, there's no telling if they'll be willing to play financial hardball to the level that the Orioles are right now.

The Blue Jays' middle-of-the-order stalwart will not entertain contract extension talks during the 2016 regular season, per Rob Bradford of WEEI.com. If talks are shelved, Encarnacion would hit free agency after the 2016 season, with teams like the Boston Red Sox in line to open their checkbooks for him.

GM Tony LaCava says he hasn't been contacted by Encarnacion's offseason-or-bust extension stance, but he did say "it's possible" the team will reach new deals with both Encarnacion and Jose Bautista before Spring Training.