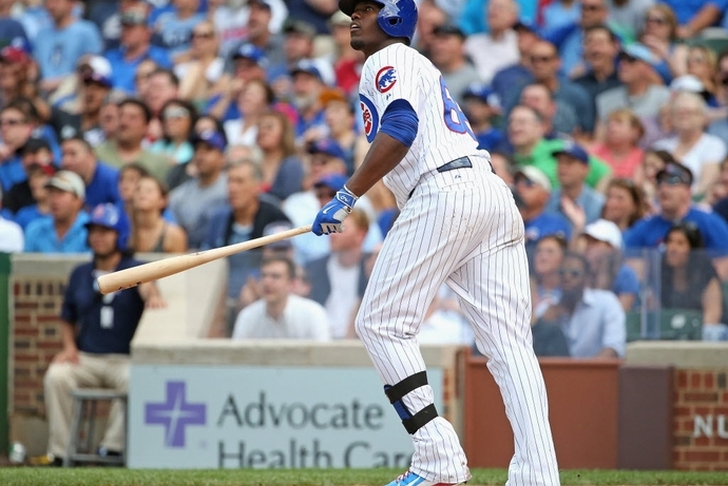 The Chicago Cubs are still entertaining offers for budding young outfielder Jorge Soler, and the Toronto Blue Jays could be one of the teams vying for him.

If the Cubs decide to move Soler, expect Jason Heyward to shift over to right field -- a slot where he has excelled defensively over the course of his career. Where Soler fits into the Blue Jays' plans still is up for interpretation.

Who would the Cubs target with such a move? Unless something significant shifts with the Cubs front office's current tact, Soler will only be dealt for a young starter with marquee potential. Names being floated around right now include the Cleveland Indians' Carlos Carrasco and Danny Salazar, the San Diego Padres' Tyson Ross and the Blue Jays' Drew Hutchison (a move that would likely need another bigger name from the Jays).

The Blue Jays maintain that they're not ready to give up on Hutchison after a tough 2015 campaign, citing his age (25) as the reason for holding onto him. However, Soler's raw power and potential as an outfield insurance policy for a potential Edwin Encarnacion depature down the road makes him at least intriguing.