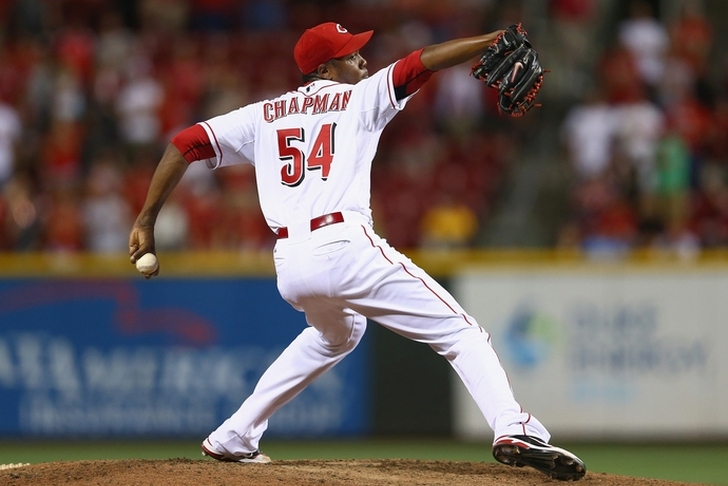 The Toronto Blue Jays were one of a handful of teams who kicked the tires on the fireballing Cincinnati Reds closer Aroldis Chapman before the 2015 MLB Trade Deadline, and rumor has it that they're still interested in swinging a deal this winter.

Toronto joined the Diamondbacks, Nationals and Yankees in public pursuit of Chapman back in July, and he may be an even more attractive option now considering the trade return would have only have to take into account just one year of contract rather than the extra cost of one year plus a stretch run.

CBS Sports' Jon Heyman says that the Blue Jays are one of the main teams looking for back-end bullpen help this offseason, even inferring that Toronto could be one of "seven or eight" teams doing due diligence on San Diego Padres closer Craig Kimbrel. The Blue Jays would have to break the prospect bank for Kimbrel, however, since he's under contract for two years plus a club option for 2018.