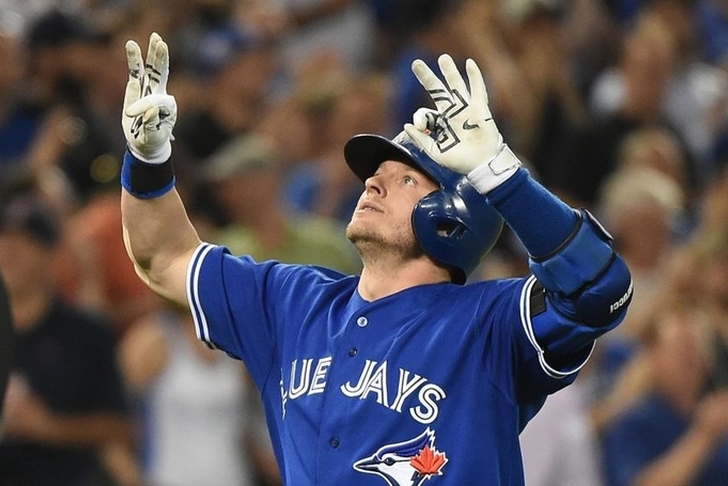 The bats finally came alive for the Toronto Blue Jays, powering the team to a 11-6 win over the Kansas City Royals in Game 3 of the ALCS. It wasn't quite do-or-die for the Blue Jays, but the win prevents them from falling behind 3-0 in the series.

The Royals actually had more hits than the Blue Jays, but couldn't plate the needed runs. Kansas City had their chances, but couldn't capitalize the same way Toronto did. The Royals mounted a furious comeback, scoring four times in the 9th, but it wasn't enough.

Third baseman Josh Donaldson, second baseman Ryan Goins and shortstop Troy Tulowitzki led the way on offense for the Blue Jays. All three had 3 RBIs and two hits. Tulowitzki was actually ejected in the 8th inning for arguing with an umpire.

Marcus Stroman picked up the win for the Blue Jays, going 6.1 innings. He allowed four earned runs on one walk and seven hits.

The Royals led after the first inning, but it went downhill quickly after that. The Blue Jays scored 3 runs in the second and 6 in the third. Cuteo was unable to record a single out in the third.

It's a quick turnaround for the teams, as Game 4 of the ALCS is set for 4:07 p.m. ET Tuesday in Toronto.