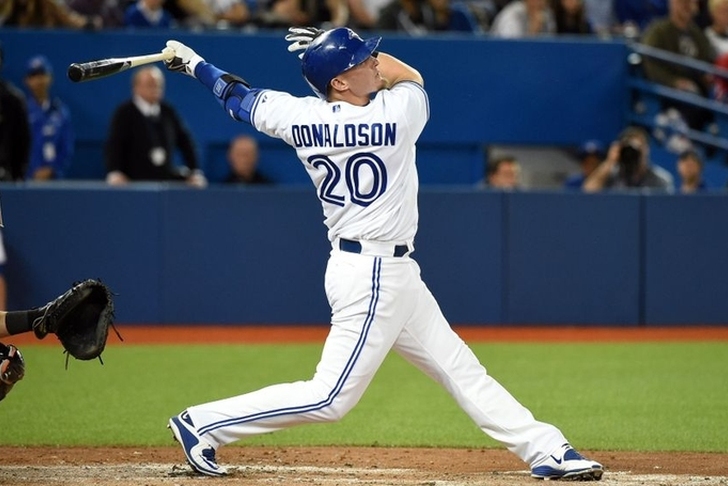 Hitting in a stacked Blue Jays' lineup, Donaldson had a career year. He finished the year with a .297 batting average, 41 home runs and 123 RBIs. His 8.81 WAR is actually behind Trout's 9.39, but the voters still gave Donaldson the award.

Donaldson beat out Los Angeles Angels outfielder Mike Trout, who won the award in 2014. Donaldson received 23 of the 30 first place votes, with Trout picking up the other seven. Trout has now finished at least second in the last four MVP votes. He's just the fourth player to do so in history.