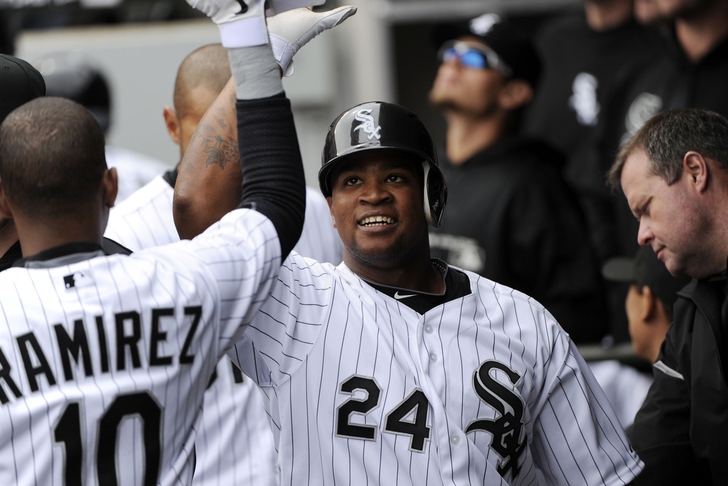 The Toronto Blue Jays have agreed to terms with former Chicago White Sox outfielder Dayan Viciedo on a minor league deal, per a report by Ken Rosenthal of FOX Sports:

Minor-league deal for Viciedo with #BlueJays.

Terms of the contract were not disclosed by the time of this writing.

Here's Bill Baer of NBC's Hardball Talk with his analysis of the Viciedo deal:

The Blue Jays were linked to Viciedo shortly after learning the severity of the injury to Michael Saunders. Though Saunders is expected to return in April as opposed to July as was initially believed, it was still imperative to add some outfield depth and they did so in the form of Viciedo.

Viciedo was released by the Chicago White Sox back on February 4th after losing his starting role to newcomer Melky Cabrera. He did hit 21 home runs in 562 plate appearance in 2014, but posted a troubling .231 batting average and .281 on-base percentage while seeing his strikeout rate increase.