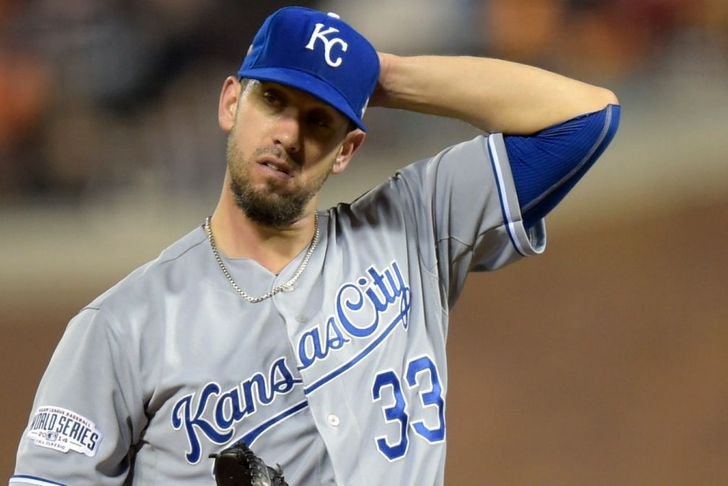 With his price dropping as Spring Training approaches, free agent right-hander James Shields has a bevy of new teams interested in him, including the Toronto Blue Jays.

According to Ken Rosenthal of FOX Sports, "while the Jays are not actively negotiating with Shields' agent, Page Odle, they are again discussing the pitcher internally, trying to determine a price at which they would be comfortable signing him, sources said."

In addition, the team is doing some background work per Rosenthal's sources, "digging" for information on the former Tampa Bay Rays and Kansas City Royals ace.

Original projections of a five-year, $100 million deal for the 33-year-old have been amended to around $70-80 million - a significant price tag drop that has piqued the interest of teams such as the Blue Jays and Arizona Diamondbacks.

Shields would be a major piece to the Jays' puzzle, as they currently lack a true #1 starter in front of righties RA Dickey, Marcus Stroman, and Drew Hutchinson, and veteran lefty Mark Buehrle.