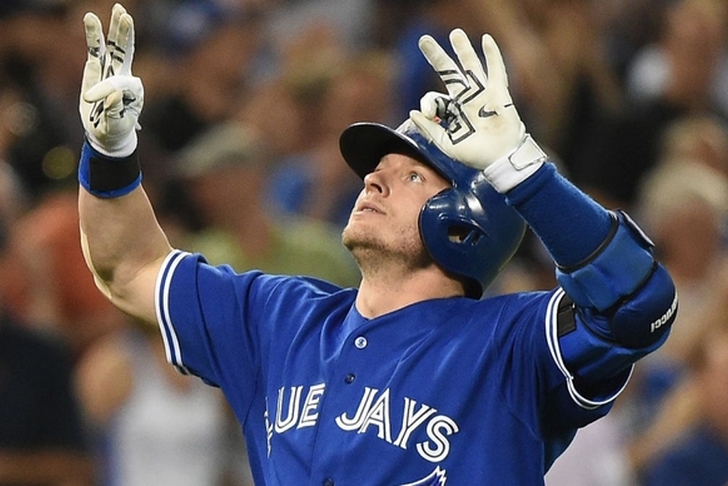 We're not saying we saw this coming (although we kinda did...), but we're not surprised that the Toronto Blue Jays are making the American League their plaything right now -- especially with the haul of marquee talent the team picked up at the trade deadline. This Blue Jays team isn't just good. They're championship caliber. Here's 3 Reasons Why The Toronto Blue Jays WILL Win The World Series.

Raise your hand if you'd rather have Brett Lawrie right now. (Stop crying, Billy Beane. Suck it up.). Josh Donaldson is our runaway pick for AL MVP, as there's no one in baseball that can replicate his unique mixture of brashness, leadership, hot-corner defense and otherworldly at-the-plate skills. The additions of Troy Tulowitzki and Ben Revere were a huge season turning point, and the Edwin Encarnacion/Jose Bautista duo murder pitchers dead, but Josh Donaldson is the glue that keeps Toronto's new-age Murderer's Row together. Will you really be surprised if David Price goes "full Madison Bumgarner" on these upcoming playoffs, minus the whole pinch-hitting thing? Price is 9-1 with a 2.34 ERA in 11 starts so far with Toronto. Even more impressive is the fact that he's posting a ridiculous 87/18 K/BB ratio in 74.1 innings pitched. The 30-year-old lefty has been as good as advertised, and he makes the entire Toronto rotation that much better by proxy. He's also competitive enough to gladly pitch games 1, 4 and 7 of the ALCS/World Series if called upon.

He's the X-factor here that'll push a beyond-potent offensive team over the top. You make think we're overselling this but we're not. The revitalization of the Toronto fan base, both with the Raptors and the Blue Jays, is absolutely jaw-dropping to behold over here in the States. The Kansas City Royals may stake claim to the best home-field advantage in all of baseball, but there's no stadium more intimidating than the Rogers Centre when a metric ton of fans are shaking the old building to its core. Watch the Blue Jays players' faces. They always give a little extra, push a little harder and flip bats a little farther for the Toronto crowd. If (when) the Blue Jays get to the Series and take advantage of the AL winning the All-Star Game, the Rogers advantage will push them over the top.