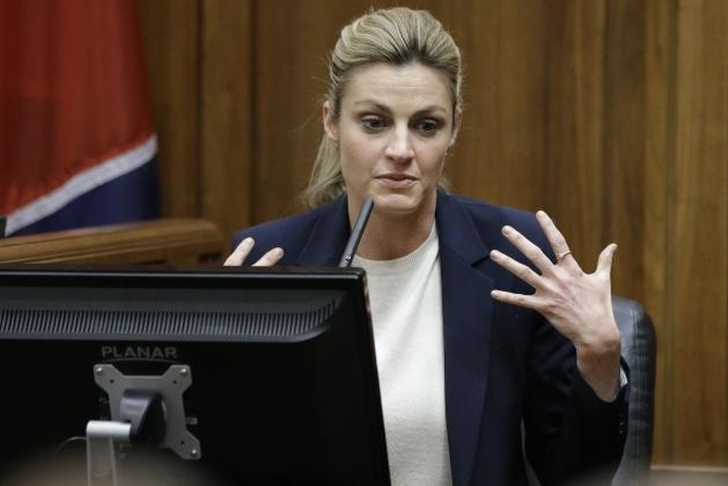 A jury awarded television broadcaster Erin Andrews $55 million in damages stemming from the lawsuit she filed against her stalker and the Nashville Mariott Hotel at Vanderbilt University, according to multiple media reports.

Andrews filed the lawsuit six years ago against Michael David Barrett, who recorded her through a peephole he made while staying in a room next to her while staying at that Mariott hotel in 2008. The lawsuit also included the owner (West End Hotel Partners) and operator (Windsor Capital Group) of the hotel, who told Barrett that she was staying at the hotel, what room she was in, and allowed him to book the room next to her upon his request.

In court, Andrews gave a two-day testimony, expressing how the videos - which filmed her nude - turned her into "a shell of her former self."

The attorney's for the hotel argued that Barrett alone was at fault, and focused on Andrews' success after the videos were leaked (she worked for ESPN, and now works for FOX while co-hosting the TV show "Dancing With The Stars").  However, Andrew's attorney's argued that the hotel enabled Barrett by giving him Andrews' room information

Barrett had tried to sell the videos he filmed to TMZ, but they declined, at which point he posted them online. He pleaded guilty to a federal stalking charge in 2009, and served 20 months in prison.