Why Was O.J. Simpson Found Not Guilty? The Jury Believed There Was Reasonable Doubt 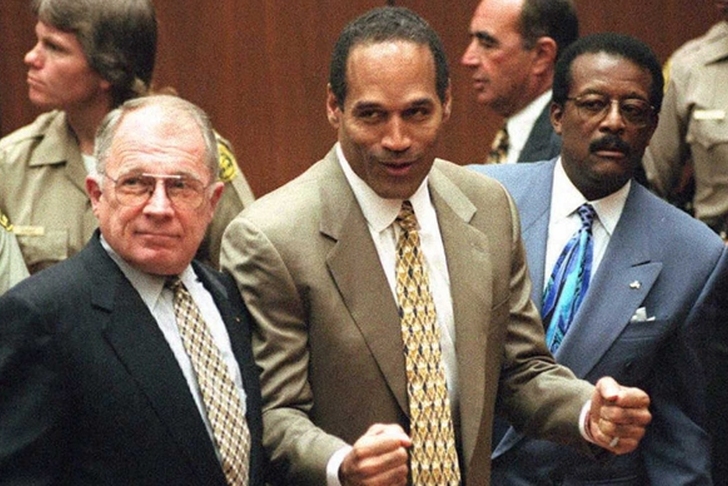 The first part of ESPN 30 for 30's five-part documentary series "O.J.: Made in America" airs on Saturday night at 9:00 pm ET on ABC, and while the trail and verdict likely won't be shown until the final episode or two, you may wonder why exactly Simpson was found not guilty. After a nine-month trial, the jurors took just four hours to render a verdict, which you can view at the bottom of this post. While the jury had differing reasons for finding Simpson not guilty, they all came down to reasonable doubt.

The main issues with the prosecution's case were DNA Evidence, the testimony of one of the first cops on the scene in Mark Fuhrman and the glove not fitting on Simpson's hand. Several jurors gave media interviews after the trial, which help explain why Simpson was found not guilty.

One juror, Brenda Moran, told CNN that the glove not fitting is why Simpson was found not guilty. The famous line "if the glove does not fit you must acquit," was a memorable and important moment in Simpson's acquittal.

Anise Aschenbach's daughter told the San Francisco Chronicle that her mother was conflicted on the ruling, but didn't believe the evidence was there, in large part because of Fuhrman. Another juror told Oprah Winfrey that she did not trust Fuhrman.

NOW READ: Who Was On The O.J. Simpson Trial Jury?

Fuhrman's testimony actually ended up hurting the prosecution's case. Fuhrman was revealed to have used the n-word after saying he had not, and it destroyed his credibility. While there was plenty of DNA evidence against Simpson, but the defense was able to re-frame it as a frame job by the police and Fuhrman. It was Fuhrman who found the bloody glove that didn't fit Simpson, and the defense managed to convince the jury that Simpson didn't commit the murders, because he was framed by a racist cop who didn't even use the right sized glove.