Who Are The Early Favorites For The Playoffs This Season? 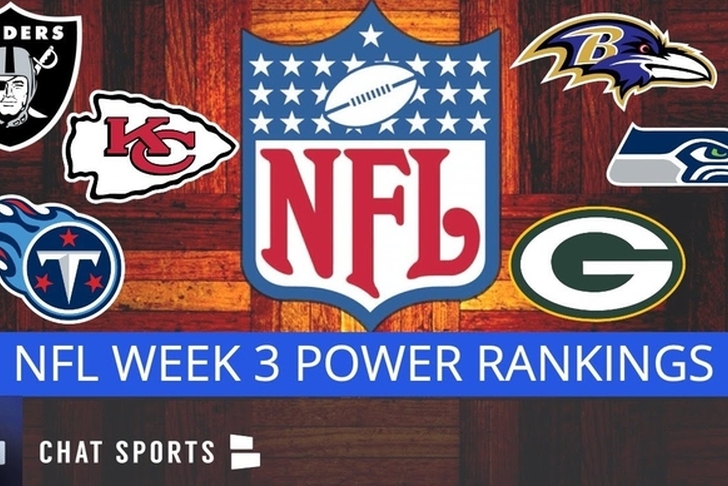 Welcome to the most unpredictable season in NFL history.

The novel coronavirus pandemic has wreaked havoc on sports, canceling or postponing football at the lower levels and causing entire leagues to quarantine in a so-called bubble to finish their seasons.

While the NFL had the benefit of time to settle into this "new normal," the virus has proven capable of destroying even the best-laid plans. Its impact on a sport where it is impossible to social distance could be massive.

Buffalo Bills
Filled with confidence from last year's playoff run, the Bills boast one of the NFL's best defenses and a young offense on the come up, with the addition of WR Stefon Diggs and the hopeful development of Josh Allen. Blend that with the departures of Tom Brady and numerous key Patriots defensive players, and this will finally be the year that the Bills break the Patriots' grip on the division.

Baltimore Ravens
The Ravens do not panic or flinch. They swing hammers. They topple their enemy with an offense that meshes old-school might and a player in MVP Lamar Jackson who came to the NFL from another star college system. Forbidding an angry asteroid crashing into Baltimore, say hello to your AFC North champs.

Indianapolis Colts
The Colts filled arguably their two most significant needs dramatically, signing quarterback Philip Rivers and trading for defensive front star DeForest Buckner. Rivers has struggled a little with turnovers at times over his past four seasons. Still, part of that could be traced to inconsistent protection upfront. That will not be a problem in Indianapolis, which has an outstanding offensive line. Buckner is in his prime and is renowned for making those around him better.

Kansas City Chiefs
The defending Super Bowl champs need to go hard in their quest for home-field advantage. Even if Arrowhead Stadium is empty or limited, the No. 1 seed in the AFC carries great significance: With the postseason expansion, only one team per conference gets a bye into the Divisional Round.

Dallas Cowboys
The Dallas Cowboys will benefit from the coaching change as McCarthy should be more demanding. He knows what a Super Bowl contender needs to look and play like, and they easily have the most talent in the division. McCarthy will turn that talent into on-field production, especially on offense, with the addition of WR CeeDee Lamb. The rookie can help the offense close out games playing opposite All-Pro receiver Amari Cooper.

Green Bay Packers
The Packers went 13-3 in LaFleur's first year at the helm. Aaron Rodgers enters his second year in Matt LaFleur's offense hungrier than ever to prove he has still got it in his sixteenth year. On the flip side, the Green Bay defense has improved in each of Pettine's two years as the defensive coordinator and should continue to climb.

New Orleans Saints
The New Orleans Saints have the best roster from top to bottom with talent at every position. With Payton's play-calling, Brees' leadership, key additions on both sides of the ball with WR Emmanuel Sanders and safety Malcolm Jenkins, and a hunger to get back to the Super Bowl, there is no stopping the Saints. Not even Tom Brady can do it.

San Francisco 49ers
Coming off an unusual training camp, our research points to a high probability that teams who balance strong defenses with offenses that efficiently disguise plays through pre-snap alignments have an edge. Then with Kyle Shanahan-run offenses perennially ranking among the NFL’s best in terms of gaining first downs and touchdowns and our model rating San Francisco's defense No. 1 in the NFC West, the Niners are predicted for another strong season in 2020.