Who Is Al Cowlings? What You Need To Know About OJ Simpson’s Friend “AC” 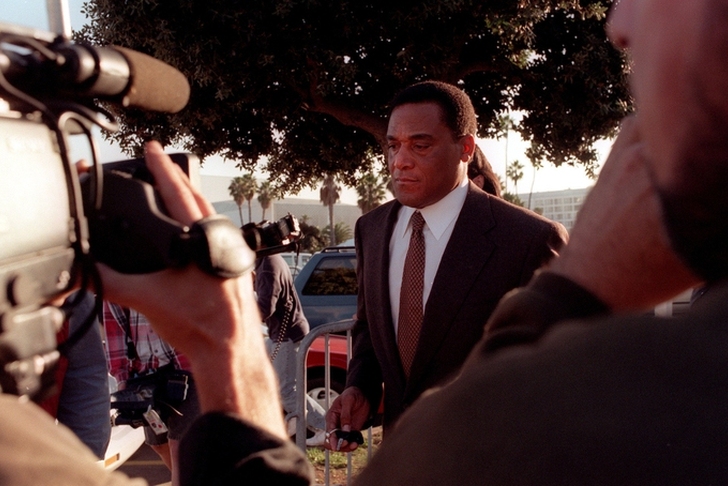 The first part of ESPN 30 for 30's five-part documentary series "O.J.: Made in America" airs on Saturday night at 9:00 pm ET on ABC, The O.J. Simpson murder verdict had 57 percent of the nation tuned into their TVs to watch and the TV show is drawing plenty of interest.

While Simpson is the focal point of the show, others play key roles. One of those is former NFL player Al "AC" Cowlings, who was close friend of Simpson and played a critical role in the O.J. Simpson murder trial. Here's everything you need to know about Cowlings.

Long-Time Teammate Of O.J. Simpson
Cowling might best be known by the general public for the White Bronco chase (more on that below), he was also a long-time teammate and friend of O.J. Simpson. The duo played together at both Galileo High School, San Francisco City College, USC and the NFL. Their time together on the football field led to them becoming good friends. Both players had productive careers and turned that into an NFL career.

Cowlings Was A Top 5 NFL Draft Pick
Simpson was the No. 1 overall pick by the Buffalo Bills in the 1969 draft, but Cowling turned his college career into a high draft pick. The Buffalo Bills took Cowlings with the No. 5 overall pick the very next year. Cowlings played defensive end for the Bills for three years. The team shipped him to the Houston Oilers, where he played two years. He then joined the Rams and Seahawks for a season, battling injuries. He returned to the Rams and was healthy for a season, but didn't play at all in 1978. He joined the 49ers for a year in 1979, reuniting him with Simpson.

Drove The White Bronco
Years after their playing careers ended, Simpson was accused of murdering his ex-wife Nicole Brown Simpson and her friend Ronald Goldman. On the day Simpson was supposed to turn himself into police, Simpson went M.I.A. Later, a white Ford Bronco was spotted with Cowlings driving and Simpson in the car as well. What followed was the famous low-sped car chase that was broadcast live on TV. Simpson had a gun in the car, threatening to shoot himself if Cowlings didn't drive Simpson to his house.

During the chase, Cowlings famous told police, "My name is AC. You know who I am, God damn it!" The chase eventually ended in the driveway of Simpson's home, with both Simpson and Cowling being arrested. Police found Simpson's passport and thousands of dollars in the White Bronco. Cowlings was charged with aiding a fugitive and was released on bail. The chargers were later dropped. A portion of the famous chase is embedded at the bottom of this post.

"Press" Conference
During the criminal trial of Simpson, Cowlings conducted a press conference. It was the only time Cowlings would address the media, but it turned out it wasn't really a press conference. Instead, Cowlings revealed a 900 phone number costing $2.99 per minute in which the public could call in and learn about his relation with Nicole Simpson, football career and more. There were reports that Cowling earned over $1 million during the year his number was active. However, those reports were never verified.

USC Hall Of Fame Member
Years after the Simpson trial was completed, Cowlings was inducted into the USC Athletic Hall of Fame. Cowlings went in with the 2009 class, joining the likes of Rodney Peete, John Robinson and Junior Seau. Cowlings had been an All-American at USC. He still lives in the Southern California area.