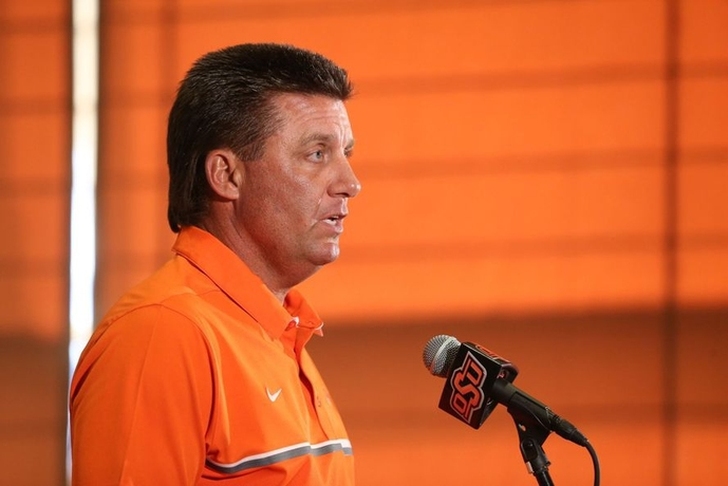 This page two of the Top 10 best sports press conference meltdowns. Click here to head back to the first five.

5. Herm Edwards: You Play To Win The Game

Now we've gone from the memorable meltdowns full of swearing to the press conferences that are commonly alluded to in regular conversation. I mean how many times have you heard the phrase "you play to win the game?" This is the first of the five legendary pressers, but Edwards' lack of pure anger keeps him at five.

4. Dennis Green: They Are Who We Thought They Were!

Following a loss to the Bears, Dennis Green went OFF about losing the game. This is another one that is referenced regularly. By the way, Green was right about that 2006 Bears team: They didn't win the Super Bowl that year. Tragically, Green died in 2016 after a heart attack.

Yes, Coach Mora, we're talking playoffs! These top three really don't need much of an introduction. That 2001 Colts team did not make the playoffs.

Gundy went off on a reporter following a piece that claimed Oklahoma State benched QB Bobby Reid in favor of Zac Robinson because Reid was soft. So Gundy went off on the reporter, highlighted by his "I'm a man, I'm 40" line. We now love Gundy for his mullet, but the press conference helped raise his national profile. But, Reid believes the sourcing from the reporting came from Gundy or someone on his staff and that Gundy only went off to cover his butt.

It's still the king. A.I.'s practice rant from 2002 might never be topped. Heck, the Braves even got Iverson to poke fun at himself recently. It still generates interest, including about whether or not Iverson was drunk for that rant.