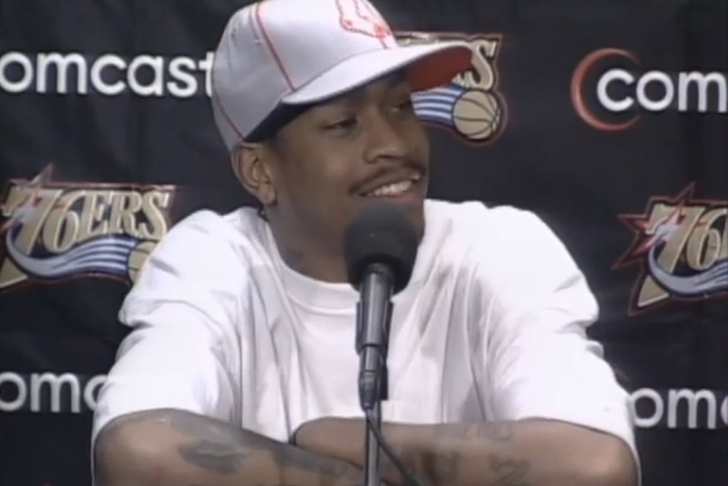 Sometimes, the most entertaining part of a sporting event is when a coach or player losses it in a post-game press conference. Sports are often high-stress and sometimes that pressure results in a someone losing their minds during a press conference. In the best cases, they're filled with profanity and end up being hilarious.

Honorable mention to Ozzie Guillen, who was always good for something and Mike Dikta as well. With that in mind, here are the 10 best press conference meltdowns in sports history.

Derek Anderson got called out for laughing during a blowout in 2009. He didn't handle it well, including claiming that he wasn't. It's like a high school kid getting busted for texting during class. Deny it, then try to make up an excuse and deflect.

Yes, women's basketball gets a spot on this list. Borseth went off after a loss to Wisconsin and it was clear from the start this would be a memorable one. He's still the coach at Green Bay, a job he took after resigning from Michigan to return closer to home.

Frankly, this one might be too low. Tyson, a known crazy person at the time, went complete off the reservation for this one. He bit Lennox Lewis' leg and somehow, WBC president Jose Sulaiman, claimed to be knocked unconscious. Then Tyson went off on someone in the crowd. Oh, and Tyson lost the fight. At least Tyson has since settled himself.

Going way back to 1994 for this one. So if you forgot that then-Temple head coach John Chaney threatened to kill then-Memphis head coach John Calipari over criticizing refs, we'll forgive you. But here's the good news, everything is chill between them now.

This might be the most underrated entry on the list. Back in 1993, the Kansas City Royals coach really didn't like "stupid-ass questions." Look up "profanity-laced tirade" in an online dictionary and they should link you to this video.

To Help Cut Down Load Times: CLICK HERE FOR THE TOP 5