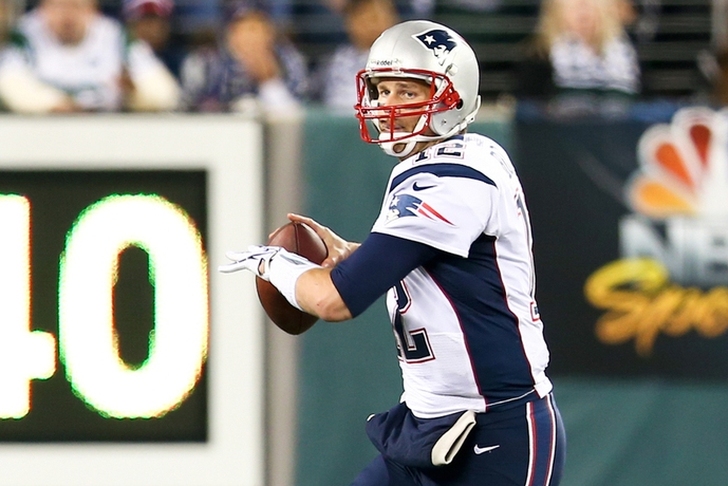 The 2019 NFL Season’s playoff race is well underway, and we are starting to get a very good idea of how the postseason seeding might look.

The top online sports betting sites have the Baltimore Ravens as favorites to win the Super Bowl +260. They are followed up by the New England Patriots at +350, the New Orleans Saints at +550, the San Francisco 49ers at +700. The Seattle Seahawks at +800 and the Kansas City Chiefs at +850.

So with that in mind, let’s look at the QBs and who may be the best QB for this season’s Super Bowl showdown.

Lamar Jackson | Baltimore Ravens
Last season, Lamar Jackson was thought of as a glorified running back. But he proved everyone wrong by suddenly learning how to be an effective passer in the NFL over just one offseason. Pretty amazing, if you ask me. He is so good this season that he’s also the odds on favorite to win the NFL MVP. So, we could see him win the league MVP and then the Super Bowl MVP award as well.

So far this season – heading into Week 14– Lamar Jackson has passed for 2,532 yards and 25 touchdowns on just five interceptions and has a season-long rating of 109.6. On top of this, he has already run the ball for 977 yards and another 7 touchdowns, fumbling the ball just 5 times. He is poised to have a 3000-yard passing plus 1000-yard rushing season. He may break the all-time QB rushing/passing record. His efficiency has been amazing. When he tucks the ball and runs, he averages seven yards per carry.

Tom Brady | New England Patriots
The Patriots offense has begun to struggle a bit. They started the season scoring 30 points per game for the first half of the year … but have since dropped a couple of games and been let down a bit by their offense. But once they get into the NFL playoffs, all bets are off. No other team, QB, or coach in the NFL has the amount of playoff experience as the Pats. You could take many teams and combine their playoff experience and still not total up to what kind of postseason wisdom New England has.

Tom Terrific is starting to show his age, but in a big-game, playoff situation, no one is more clutch than Gisele’s golden boy. Still, he has already put up 18 touchdowns on 3,268 passing yards over just 12 games of play and is on track to have a 4300-yard passing season along with 24 passing TDs. He has also punched in three touchdowns with his legs, making his total as a 40-plus-year-old QB 21-TDs as he heads into his 13th game of the season.

Drew Brees | New Orleans Saints
The Saints are possibly looking at the No. 1 seed in the NFC. That is if they can hand the 49ers their 3rd loss of the season in Week 14. The Saints have a great chance of making it to the NFC Championship game, thus the Super Bowl and our other 40-year-old QB is having a pretty good season, now that he’s back from injury.

After missing the bulk of the year, he’s already racked up 1,791 passing yards and 12 TDs through the air. His completion rate is a whopping 74 percent and Brees is blowing through his opponents with a 104.4 passer rating.

Jimmy Garoppolo | San Francisco 49ers
Just a short time after acquiring JG from the Pats on a huge deal, it’s paying off in spades for the Niners. The San Fran Star has relied heavily on the run game to give him passing openings, but he’s set for a 3000+-yard season, already putting up 2,896 with 21 TDs and a 101.2 rating. He hasn’t been super effective on his feet, but still has 46 rushing yards and one TD on the ground.

Of all the QBs, on the top four teams most likely to play in the Super Bowl, I’d say he’s the least likely to win the MVP. Still, he’s leading the 49ers to the best season they’ve had in years.