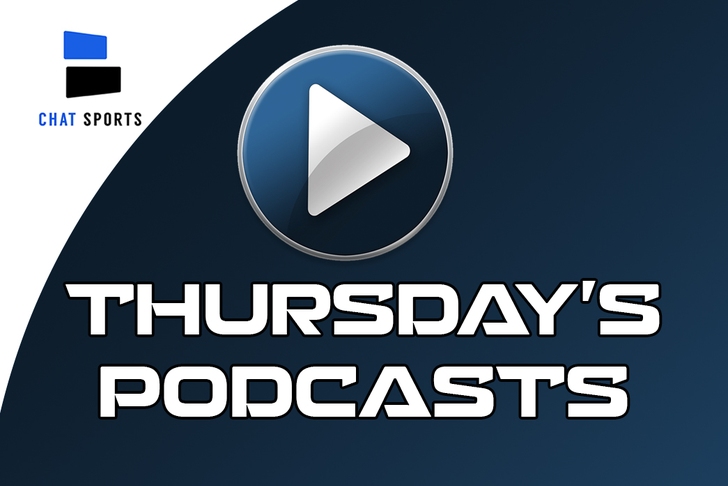 Quick Hitters: January 11th: Blake Bortles Criticism, NBA Highlights, & More!
In today's episode of the Quick Hitters video podcast, host Jordan Giorgio has all the latest news and scores from around the NBA including highlights from the Bulls 2OT victory over the Knicks and Kevin Durant's 20,000th career point milestone in Los Angeles. Plus, the University of Texas men's basketball team announced that 20-year old guard Andrew Jones has been diagnosed with leukemia. The former 5-star recruit was a legitimate NBA prospect and the team honored his absence by draping his jersey over an open seat on the bench.

And don't miss out on the latest news surrounding Blake Bortles and the criticism he's received for his poor play. The Jacksonville Jaguars may be advancing further into the playoffs but that hasn't stopped the critics from laying into the hot-and-cold quarterback. Find out what he had to say to his critics on this episode of Quick Hitters!

College Football Daily
The 2017 College Football season is officially over and after Alabama's dramatic 26-23 victory over Georgia in the National Championship Game, we already can't wait for next year! On today's edition of the College Football Daily video podcast, Lena Bond, Harris Rubenstein, and Tom Downey have a HUGE show for you that includes all the latest news and rumors from around college football as well as power rankings for every team in every conference for 2018.

Join our hosts as they break down every team in the nation and bring you the teams to watch out for in 2018. Will Clemson and Miami stay at the top of the ACC again next season? Are Alabama and Georgia guaranteed to hold down the top two spots of the SEC? And Will Oklahoma, TCU, or West Virginia come out on top in the Big 12 after strong seasons this past year? If you love college football as much as we do, this is a show you won't want to miss!

NFL Daily: First 2018 NFL Mock Draft
The divisional round of the NFL playoffs is nearly upon us and the NFL Daily video podcast team could not be more excited about this upcoming slate of games. Join Harris Rubenstein and Cam Rogers as they bring you the power rankings for each of the teams left in these NFL playoffs, discuss the biggest draft sleepers, and break down the latest news and rumors from around the league. Are the Tennessee Titans or the Jacksonville Jaguars the weakest team left in the playoffs? Will Tom Brady and the New England Patriots still have the #1 spot on our list or have Case Keenum and the Minnesota Vikings passed them for playoff supremacy? Cam and Harris have the full set of rankings for you on today's show.

Plus, the guys discuss some of the latest rumors from around the NFL and tell you how much you should really believe. Is Le'Veon Bell considering retirement after this season? Will we see Kirk Cousins suiting up for the Cleveland Browns in 2018? And is Vikings OC Pat Shurmur the favorite for the Arizona Cardinals head coaching job? Your hosts have all the answers in this episode.

And don't miss out on the biggest sleepers for this upcoming NFL Draft. Memphis QB Riley Ferguson had an outstanding 2017 but has yet to garner much draft buzz. Might we see him selected before other popular signal callers this year? And what about Colorado State wide receiver Michael Gallup who posted over 100 receptions and 1413 yards this season? What team could steal him away from the competition? Cam and Harris have all that and so much more on this episode of NFL Daily.

Follow our NFL coverage on Facebook to watch our daily NFL show Mon-Fri at 6 p.m. and NFL Recap on Sundays at 7:30 p.m. ET on the Chat Sports NFL Facebook page!

Dallas Cowboys Report
The offseason is in full swing for America's Team and over at the Dallas Cowboys Report video podcast, we've got all the latest news and info to catch you up to date on what the team's been doing. Join Tom Downey and Brett Scott as they break down all of the latest team rumors, discuss the team's potential salary cap cuts, and take you through all of the rumored coaching staff changes. Is Head Coach Jason Garrett's job in jeopardy due to the team's poor 2017 season? Is Defensive Coordinator Rob Marinelli considering retirement? Has offensive line coach Frank Pollack been fired? And could Kellen Moore be the team's new quarterbacks coach? Tom and Brett have all the answers on today's show!

Plus, the guys take you through the players on this Cowboys team that could see themselves looking for new jobs in 2018. The 'Boys currently have an estimated 20 million in cap room, which means some veterans and high-cost players might be on the outside looking in. Could wide receivers Terrance Williams and Cole Beasley be on the chopping block? What about ailing star Dez Bryant --  is it finally time to move on from him? And Orlando Scandrick has given 9 seasons to this team but is it finally time for him to pack it up? We've got all that and so much more on this episode of the Dallas Cowboys Report.

And don't miss out on Cole Beasley's newest rap single, "80 Stings." He may not be a Dallas Cowboy for much longer but the man certainly can drop bars. Catch it at the beginning of today's show! This is a Dallas Cowboys Report chock full of stuff you won't want to miss.