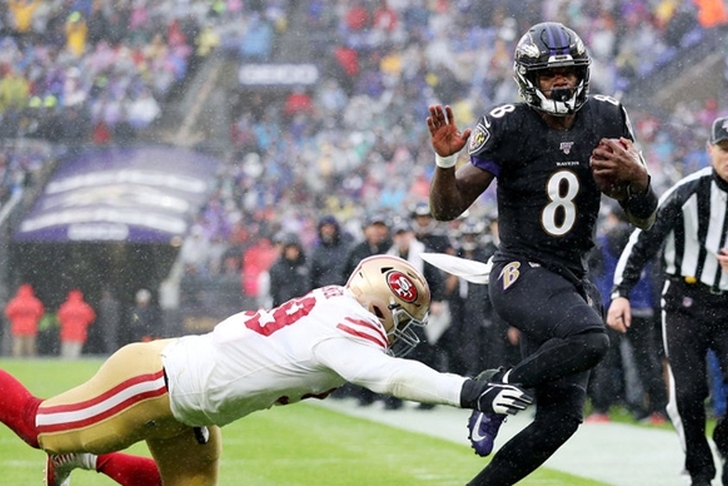 The eyes of the sporting world will be on Florida at the start of February as the Super Bowl LIV takes place in Miami.

The event is one of the most watched in the sporting calendar, regularly attracting a massive worldwide television audience.

With reigning NFL champions New England Patriots surprisingly knocked out of the playoffs by Tennessee, there will be a different name etched on the trophy this year.

Read on as we take a closer look at this year’s potential Super Bowl contenders.

With the Patriots out, the Baltimore Ravens are strongly fancied to lift the trophy and punters who like their chances can visit Sportsbet to back them to do just that.

The Ravens secured the number one seed in the AFC with a 14-2 record during the regular season and should be tough to beat in the play-offs.

Baltimore’s roster is extremely strong defensively, while their offense is one of the most potent in the entire league.

The Ravens have won the Super Bowl twice before and look a good bet to make it three this time around.

49ers could prove troublesome
San Francisco 49ers are attempting to end a 26-year wait to win the sixth Super Bowl title in their illustrious history.

They posted a 13-3 record during the regular season to secure top seeding in the NFC and are the team most likely to face Baltimore in the big game.

They were unfortunate not to beat the Ravens back in December, with a late field goal denying them the chance of victory.

The way they dismantled the highly-rated Green Bay Packers during November perfectly showcased their talents and they could prove troublesome to the Ravens.

With a relatively easy passage to the Super Bowl, the 49ers will strongly fancy their chances of getting their hands on the trophy.

Chiefs the best of the rest
Kansas City Chiefs looked anything but Super Bowl contenders as they stumbled to a 6-4 record in their first 10 matches this season.

Injuries to key players hit them hard, but once they eased the Chiefs highlighted their ability by rattling off six successive victories to qualify for the playoffs.

Quarterback Patrick Mahomes is one of the best players in the NFL and he certainly has the talent to drive his team to Super Bowl glory.

The Chiefs should make it through to the AFC Championship game, but may well find the Ravens too hot to handle if they get there.

Of the rest of the contenders, the Packers have a point to prove after that heavy loss to the 49ers, but they don’t appeal as likely winners of the title.

Super Bowl LIV prediction: The Ravens have looked a class act this season and can claim the title for the third time in their history.