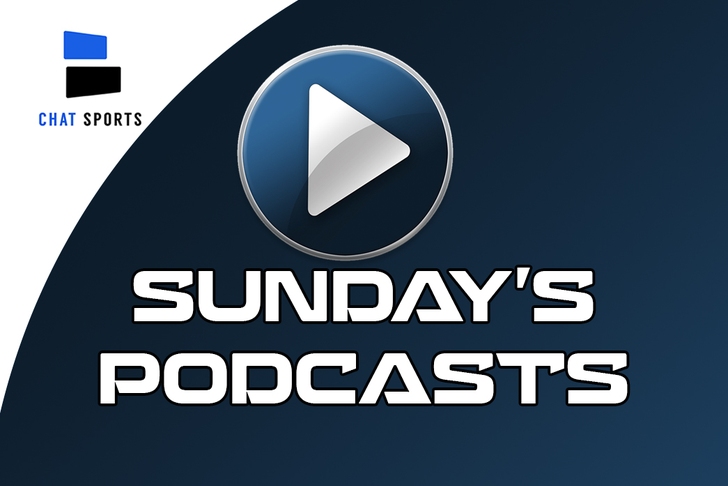 Today’s lineup of Chat Sports podcasts is live on iPhone and includes our NBA and NFL Quick Hitters as well as NFL Daily Week 15!

Week 15 NFL Recap
Week 15 of the NFL season is almost over but at the NFL Daily video podcast, we're just getting started on our football coverage! Join Cam Rogers and Tom Downey as they take you through an awesome slate of games from this Sunday! The Chiefs, Chargers, Bears, and Lions all played on Saturday this week but who came out on top in those divisional matchups? And could Jared Goff and the 9-4 Los Angeles Rams overcome the rival Seattle Seahawks at CenturyLink Field? Tune in to find out!

Plus, Tom and Cam have highlights from two of the most exciting games of this NFL Season: the Steelers vs the Patriots and the 49ers vs the Titans! Both games came down to a final play that decided the game but which teams took home all the marbles? Star wide receiver Antonio Brown also suffered a calf injury during that exhilarating Steelers game and your hosts with the most have all of the most recent news on his injury status.

And don't miss out on this week's BOOM and BRUH plays of the week! We've got highlights from the New York Giants, Philadelphia Eagles, and New England Patriot plus lowlights from the Cleveland Browns, Tennessee Titans, and -- of course -- the Bills Mafia! This is an episode you won't want to miss!

Harris has all the top plays from the Houston Rockets 115 to 111 victory over the Milwaukee Bucks, the Cleveland Cavaliers 109-100 win over the Utah Jazz, the San Antonio Spurs close 98-96 matchup with the Dallas Mavericks, and so much more!

In addition to the latest NBA action, Harris also poses a very interesting question of the day in relation to Carmelo Anthony and the New York Knicks... This NBA season has been stellar so far and Harris keeps the fire burning on this episode of NBA Quick Hitters! Make sure to check it out!

First, it's the NFL... on a Saturday? Jordan has all the latest from the Kansas City Chiefs win over the San Diego Chargers and the Detroit Lions victory over the Chicago Bears! It was a wild pair of division games so don't miss out on all the highlights!

Plus, College Bowl Season is officially underway so we hope you got your picks in on time before this awesome slate of over 40 bowl games! Jordan has all the highlights from Boise State vs Oregon, Marshall vs Colorado State, Western Kentucky vs Georgia State, and more! If you love football, this is an episode you won't want to miss!