Strongest Players In The NFL 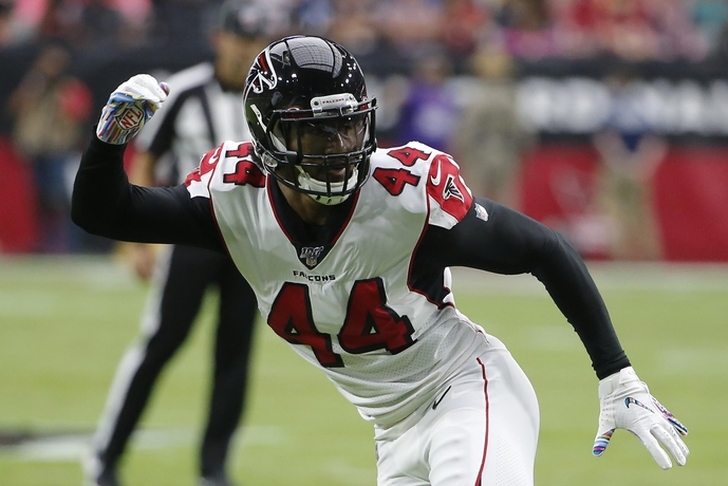 Like watching the NFL and making the odd sports wager here and there? You must check out these sportsbook offers! With another NFL season quickly approaching, you can already cash-in on the very best offers online. Of course, some of these offers are tailored around the brutes of the NFL too, which we will get to.

If those offers don’t quite meet your expectations, you can always have a glance at these bookie codes. Either way, there will be something for everyone as we approach yet another thrilling NFL season. Before this season gets here however, we thought we’d take a moment to look into some of the strongest guys in the NFL league right now.

Believe us, some of these guys could be Olympic weightlifters, never mind NFL athletes!

Vic Beasley
Beasley is a true animal out there on the NFL field. He has been able to develop his physique and strength to a simply unholy level, and this is a major reason why Beasley is actually one of the most renowned pass-rushers in the league. During the 225lb NFL bench press testing, Beasley knocked out 35 reps, and for a man of his size and weight class, this is simply remarkable. It’s no wonder the Atlanta Falcons wanted to hang on to Beasley as long as they could.

As with all great NFL players however, nothing lasts forever. Beasley signed with the Tennessee Titans earlier this year, meaning that his glory days with the Falcons have come to an end.

JJ Watt
When you’re thinking of guys that you wouldn’t really want to mess with in the NFL, JJ Watt is definitely on that list. Not only is JJ Watt formidable and rather intimidating, but he’s actually a record-breaking player too. He has been putting in sensational performances for Houston Texas since 2011, and he actually won the defensive player of the year trophy 3 times in just his first 5 seasons.

When he’s out there on the field, JJ Watt looks more like he’s ready for war rather than an NFL game. He’s driven, attacking, motivated, and just an all-round man-mountain really, which is why he’s made it onto this list.

Myles Garrett
At almost 6'4" and 270lbs, Myles Garrett is simply a unit of muscle. He registered 33 reps on the NFL bench press, and if you look at the guy, it’s not hard to see how. He’s got arms like tree trunks and barely an ounce of fat on him, which also makes him so quick on the field too. Garret made great use of his size and strength when playing for Texas A&M in college, yet he now puts his talents to use for the Cleveland Browns.

Apart from his stature, Garrett isn’t exactly a guy you want to get on the wrong side of. He has actually just returned from a suspension due to his fight with another player of the Pittsburgh Steelers.