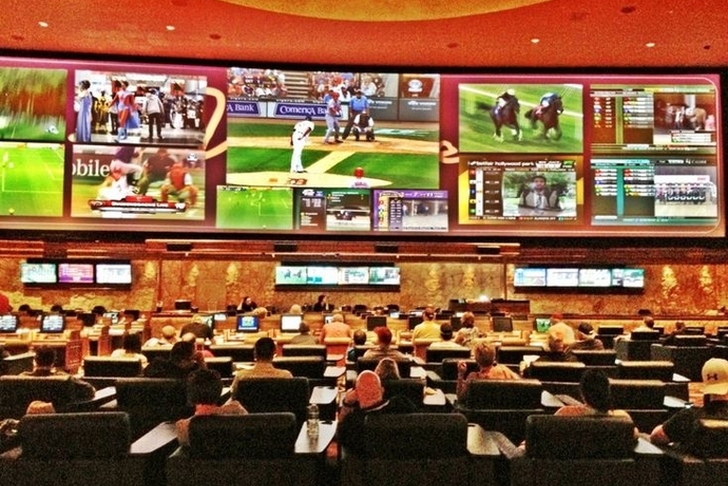 Gambling, as most people will already know, is closely restricted in the United States.

But betting is still legal in some parts of America and in time the activity may be given the green light in the rest of the country too.

Critics of gambling suggest that the risk of addiction is one of the main reasons why gambling should continue to be restricted in the US.

But with vast amounts of money contributed to the economy as a result of gambling - through taxes and the jobs that can be created - it feels like only a matter of time until things change.

So why is gambling illegal in most of the US? And where can people bet? Let's take a look.

A brief history of gambling laws in the USA
The US had had gambling in some form since the first settlers arrived, bringing games of chance to America. Lotteries were also used by the British colonies to raise funds.

In the early United States, lotteries were also used to generate funds at both state and federal level, while New Orleans and the lower Mississippi River particularly embraced gambling.

San Francisco took over from New Orleans as the major gambling centre in the US around the time of the Californian gold rush, but the introduction of new laws sent the practice underground.

By the early 20th century, gambling was mostly outlawed throughout America, although during the Great Depression ruled would be relaxed to permit some forms of gambling - such as bingo.

Nevada was the first state in the US to legalize gambling and it remains a mecca today, with people from all over the world flocking to Las Vegas to sample the city's casinos and nightlife.

Pennsylvania, New Jersey and Delaware have all relaxed restrictions on gambling to the extent where betting online in those three states - as well as Nevada - is now legal.

How online betting changed the gambling game
It is widely understood the arrival of the internet was a game-changer for the gambling world.

No longer did people who wanted to place a bet have to do to a location such as a casino to do so, perhaps even travelling to a nearby state where the practice was illegal.

Instead, they could simply log on at home via a personal computer and gamble as much as they liked - but was this legal?

The laws in the US have always been clear - online gambling is prohibited in much the same way as any other gambling.

However, people rightly began to question why this should be the case. After all, the internet does not typically have any of the same rules and regulations as the offline world.

When someone does a search via Google for information on gambling there are hundreds of sites offering gambling to US citizens. But they would not be able to take advantage of the offers available unless they lived in one of the four states where betting on the internet has been made legal.

Slowly, the rules are changing. Delaware, New Jersey and Pennsylvania have followed Nevada in introducing more liberal rules on gambling, which makes a lot of sense.

Legalizing gambling can provide a big boost to a state's financial situation, creating jobs and seeing a lot of cash - in the form of gambling taxes - flow into the economy.

Fantasy sports is one of the areas where gambling has enjoyed massive growth, the activity enjoying the benefits of operating in a grey area where it is partly gambling and partly not.

Paddy Power Betfair - one of the biggest betting brands in Europe - has already wrapped up the purchase US-focused fantasy sports app Draft as it scents a major new growth market.

And William Hill US has put in an application so the firm can earn fantasy contest licenses in Mississippi and Virginia, which could prove another big step forward to gambling legalisation.

The future of gambling in the US
According to the American Gaming Association, 1.7 million jobs in 40 states are supported by the casino industry in the US, with this number set to grow rapidly.

Casinos alone are worth $240 billion to the US economy, so it is natural to speculate the amount could be a lot bigger as soon as betting is more legalized across America in the coming years.

The AGA has pushed for changes to be made to gambling laws in the US, but progress can be extremely slow when it comes to getting rules updated.

In December, the US Supreme Court is set to hear New Jersey's challenge to legalize sports betting, which could provide a landmark moment for the whole industry.

It is not clear when the Supreme Court will come to a decision - it could take months or merely a matter of weeks - but pressure is being placed on lawmakers to relax the current regulations.

Allowing sports gambling would open the doors for a whole new branch of the gambling industry, allowing people to place bets on sports from the comfort of their own home.

Realistically, a lot of people already do this, taking advantage of the many websites on the internet that offer sportsbooks. Nobody gets punished for doing this, with a blind eye generally being turned to betting on the internet in this day and age. Reports suggest as much as $60 billion is gambled online illegally every year in the US.

It therefore feels as though it is time for the laws in the US to catch up with the reality of the situation. Lots of people want to bet on sports and do so regardless of its legal status.

Changing the law so it is easier to reap the rewards of the burgeoning sports betting industry in the US seems like an obvious step to take.

However, only time will tell whether the US is ready to embrace gambling in a big way.