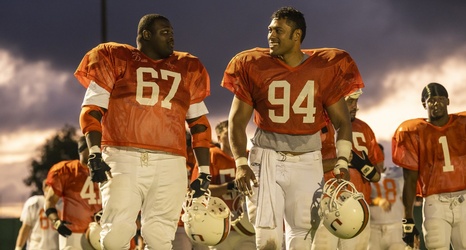 Before Dwayne Johnson was the most electrifying man in sports entertainment, and well before he earned an elite position as one of the most distinguished movie stars in the world, he played defensive tackle for the University of Miami Hurricanes.

Johnson’s pursuit of gridiron excellence is an integral part of his story, and it will be prominently featured in his new show, Young Rock, which premieres Tuesday night on NBC. In addition to highlighting a plethora of professional wrestling legends, Young Rock will also spotlight the stars of the Hurricanes college football program, which won the national title in 1991 while Johnson was part of the team.