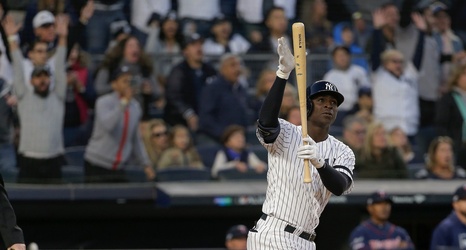 Call it a rally, or perhaps as much of one as the Twins are going to get against Masahiro Tanaka. Minnesota scored a run on Mitch Garver’s R.B.I. single to cut the deficit to 8-1. The only hit Tanaka surrendered through the first three innings was Nelson Cruz’s broken-bat bouncer back to the box that Tanaka could not corral. The Twins did not hit a ball out of the infield until Jorge Polanco’s fly ball to left field leading off the fourth. Tanaka has thrown 73 pitches through four innings.

The Yankees actually did not score in the bottom of the fourth.