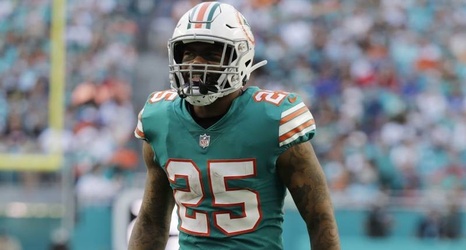 A battery charge against Miami Dolphins cornerback Xavien Howard was dropped Thursday, according to TMZ Sports.

Howard was arrested Dec. 29 after his fiancee told police that he assaulted her in their Davie, Florida, home. The woman said Howard pushed her into a mirrored wall and said she fell onto one of Howard's crutches after he let her go.

The decision was made to arrest Howard after police observed "scratches, redness and an abrasion" on the woman's body.