Wozniacki breezes past Stosur at US Open 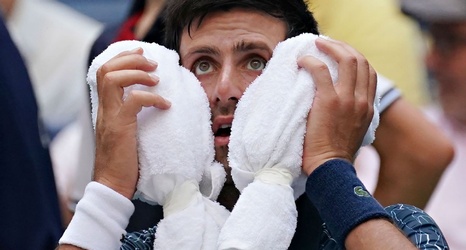 NEW YORK -- Three players were forced to retire on Tuesday at the US Open due to issues related to the extreme heat.

Lithuanian Ricardas Berankis retired due to a heat illness and Stefano Travaglia retired because of cramps, according to tournament referee Brian Earley.

Leonardo Mayer of Argentina said he also retired from his match against Laslo Djere due to the heat, and he added that his blood pressure dropped and he was feeling dizzy.

"I think we should no longer play five sets," Mayer said in Spanish.