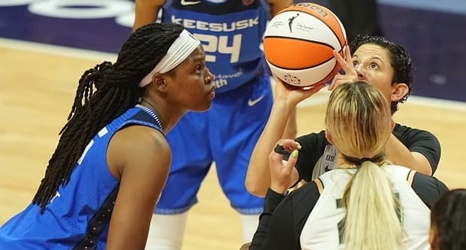 Jones finished the year first in both win shares per 40 minutes and overall win shares, despite playing more than 100 fewer minutes than Phoenix’s Brittney Griner, who was No. 2 in win shares.