With Baylor Scheierman’s Transfer, Creighton Can Stake Claim for Preseason No. 1 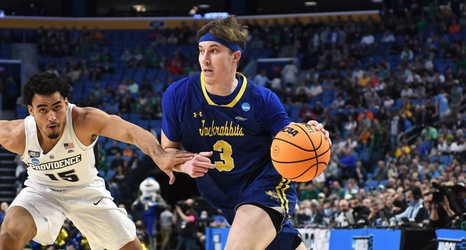 Baylor Scheierman, one of the most highly regarded names in the transfer portal, announced his commitment to Creighton on Wednesday. It’s a major addition to a Bluejays team that already had sky-high expectations for the 2022–23 season.

Scheierman, who spent the first three seasons of his college career at South Dakota State, entered the transfer portal just eight days ago and was immediately flooded with suitors from across the college basketball world. He heard from bluebloods like Duke, Kentucky, Kansas, UCLA, Gonzaga and Louisville in the hours after first putting his name in the portal, then gradually trimmed his list from 10 schools to a final five that also included Arkansas, Clemson, Duke and Nebraska.