Wimbledon Midterm Grades: The Grass, Weather and Draw Are Finally Settling Into Place 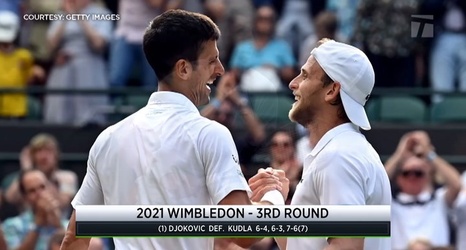 If this column were to mimic Wimbledon 2021, it would get off to a rough start, struggle to find its footing, and then round into form. The first days at the first Wimbledon since 2019 featured too many grass stains and too many injuries, as players—most notably Serena Williams—struggled to find traction on the surface. But the grass settled, the weather settled, the draw settled and this looks like a fairly conventional major. Which is to say, Novak Djokovic is your prohibitive favorite to win the men’s draw. The women’s draw is tantalizingly open. And, after (the last) Middle Sunday to exhale, we vault into Week Two.