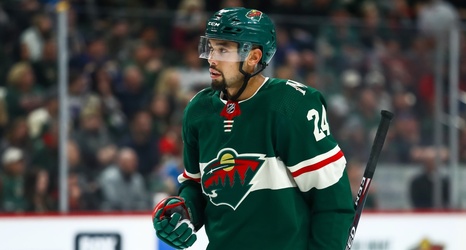 Minnesota’s Matt Dumba on Saturday became the first NHL player to kneel during the U.S. national anthem when he did so before the opening playoff game between the Oilers and Blackhawks in Edmonton, Alberta.

Dumba knelt at center ice while fellow Black players Malcolm Subban of Chicago and Darnell Nurse of Edmonton each stood with a hand on one of his shoulders. Several teams this week stood together during the U.S. and Canadian anthems, with some players locking arms to show solidarity.

With the message “END RACISM” on the video screens around him, the Wild defenseman made a passionate speech about racial injustice on behalf of the league and the Hockey Diversity Alliance.